When television was in its middle years and receivers were analog, videocassette recorders (VCRs) were a most common accessory. People would record their favorite shows on VHS (or Beta) tapes to watch later and reuse, or in many cases for pack rats to keep in their collections.

Now, televisions are digital and at least for consumers who get their tv by cable (or from satellite),  PVRs have replaced VCRs. Yet, nothing has really replaced the VHS tapes.  My collection of recorded television shows stopped growing when our digital television replaced the old analog one. [That may be a good thing, but that’s another story].

Why this is so is another story! In short the television stations, but mostly the cable companies were worried that viewers would make perfect copies of their shows and collect them, or skip the commercials when playing them back.  So the cable encrypted their signals and Personal Video Recorder (PVR) manufacturers only sold units that combined signal decoders with recorders and these units would be locked to particular cable operators. You can buy your PVR from your cable company, or from your local electronic big box store but still locked to particular cable companies. This is the same business model as for mobile phones.

But what if you really wanted to save a copy of a show off the PVR to play back on a computer or another device? This post is about how I went about doing it.

Let’s start by looking into the question of what is a PVR. It is digital set-top box combined with a digital video recorder. As far as I know, there are digital set-top boxes sold without recorders but digital video recorders sold by themselves are a specialty accessory. The set-top boxes by themselves are only devices that receive an encrypted video signal through broadband cable, decrypt them and pump them out to the television monitor. The PVR adds a hard drive to optionally record shows for later playback. But these recordings cannot be accessed by a computer connected to the PVR via USB, and needless to say, PVRs don’t come with DVD recorders.  So even if you physically removed a PVR’s hard drive and placed it in an HD enclosure (bye bye warranty!) and connected it to a computer, you would be no further ahead, because the video files on the PVRs hard drive are encrypted, and can only be decrypted within the PVR unit.

So the only way to get around this obstacle is to play back the recorded video, but instead of pumping the video to the television, one would send the video signal to a computer where it could be recorded. But how?

My internet research identified two products that would accept a HD digital video signal and convert it to something that can be saved on a computer. These are:

Basically these two products do the same thing.and that they even come bundled with the same recording software from Arcsoft TotalMedia Extreme.  They both accept Digital Video Capture from the Component (YPbPr) output of the Set-Top PVR, and transcodes it in real time to H264 for saving on the computer.

I bought the AverTV unit because of slightly better reviews on the internet (“more solidly built”) and its slightly lower price. 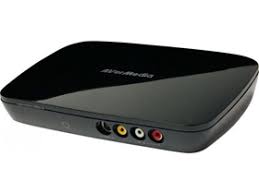 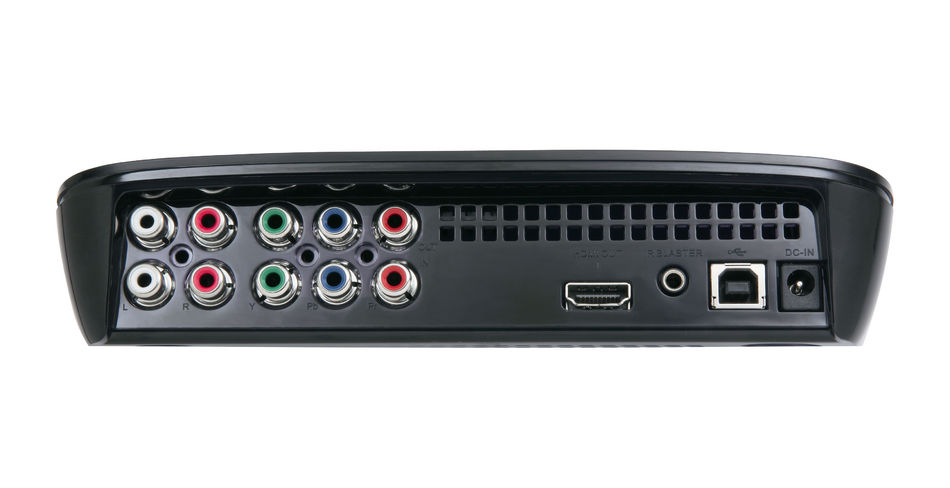 Next came the installation, both hardware and software.  While the hardware installation should in principle be straightforward, a slight problem arose:  while the quick install guide sheet that came with the unit could bear some improvement (better illustrations), the puzzlement was why the component cable that came in the package was marked as intended for the output ports of the AverTV box rather than for the input? The guide clearly indicated ‘cable not included’ besides the input ports. Why assign the included component cables to the output ports, rather than to input? Who knows! In any case I had a second set, and I connected one end to the YPbPr output port of the PVR, and the other to the input ports of the AverTV box. I also connected a USB cable from the AverTV box to the computer.

The software, (Total Media Extreme ‘TME’) from Arcsoft, as well as the AverTV driver had already been installed on the PC. So with TME launched, I entered and started the record component of TME; the source was recognized right away to be the AverTV, and yeah, the audio came on live right away, but alas no video!

What was going on? Was the driver not installed properly? Was the AverTV unit defective? Maybe the cables were defective or not connected right? Or maybe there was no video being pumped from the Set-top box?

Well I checked and reinstalled the driver, wiggled then changed the component cable. How would I test if the AverTV hardware unit was working properly, or defective? I don’t know, but noticed that the lights on the front of the unit were yellow when all the illustrations online showed them to be blue. That was a clue, but only a clue, as I could find no guide to the meaning of the indicator colors. Anyway, I took the clue to mean that there was no video being received, but why?

Before buying the AverTV DVR, I had inspected the ports at the back of the Rogers branded and locked Cisco Explorer 8640 HD PVR. There was the HDMI port sending video to the TV, there were composite ports and S-Video ports to send signals to old fashioned analog TVs, and there was the component YPvPr ports for sending signals to HD TVs as an alternative (?) to HDMI.

Could the output port be selected programmatically? I searched the online manual for the PVR, but nothing there showing how to bring the YPvPr ports alive.

Think of your mobile phone: typically the audio comes out of the unit itself. If you add an external speaker, the internal speaker was silenced. Maybe the same happens here! So I thought what if there was no HDMI. So I pulled the HDMI cable out, and eureka, it worked. Yay.

Now doing all that is really a pain. In my case recording requires me to pull the PVR out of a cabinet that has no open back, pull out the HDMI cable, and when I’m done reverse the process, insert the HDMI cable back into the back of the PVR. And of course, when copying PVR clips to the computer,  I cannot watch anything on TV.

Clearly all this is annoying. I have no idea if there a better way to record, and specifically to send the PVR signal to the YPvPr ports without pulling the HDMI cable out. Is the PVR engineered this way for technical reasons, or simply to discourage digital recording. I really don’t know.

12 thoughts on “How to Record from your digital TV?”